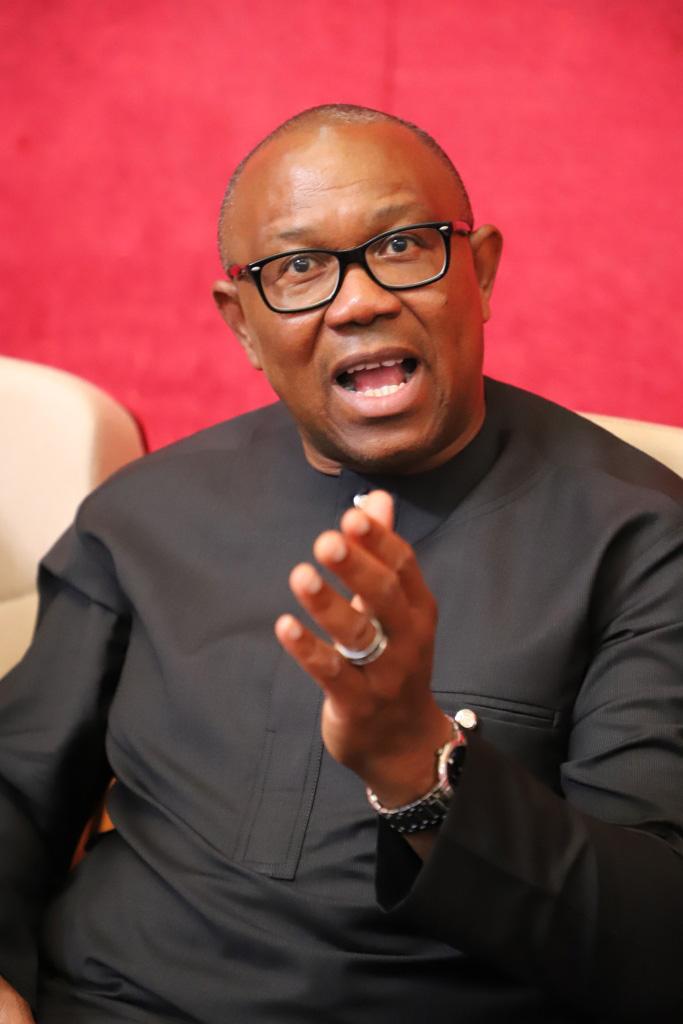 As Nigerians draw closer to the all important 2023 Presidential election, the Senior Pastor of Life Hope Salvation Ministry International, Jiwkoyi Abuja, Prophet Denis Mongba has revealed that Nigerian electorates can’t afford to ignore the candidate of the Labour Party (LP) Peter Obi. He also said that, he saw international communities thrown in their supports on him.
Prophet Mongba disclosed this on Sunday during his church service.
He noted that last two years the Lord told him that Nigerians were not ready for Igbo presidency, but at the same time a voice that will rise up from the East can’t be ignore, adding that the voice is that of Peter Obi.

” Last two years the Lord told me that Nigerians were not ready for Igbo presidency, but he said to me a voice that will rise from Igbo for presidency can’t be ignore by anyone. Peter Obi is that voice whether it’s this year or later years God want’t him to be the president of Nigeria, I don’t know but want I know is that Peter Obi will be the president of Nigeria.”I saw international communities supporting Peter Obi in this election.”There is going to be alot of politicking and betrayals in the political land scape of Nigeria during this 2023 general election, but at the end the winner must surely emerge.According to the Prophet, Peter Obi’s candidacy is divine and the Nigerian Youths, the Church and off course past leaders have a big role to play for his emergence. But, contrary to this, we’ll  be going off God’s track again.
He noted that if Obi emerges as the winner and declare the President of Nigeria, the backbone of agitations in Nigeria would be crushed. Though, agitations will still be there but minimise because his regime shall be the platform for great transformation of Nigeria.
Core Reporters report that, the Cross River State born Man of God had on December 31, 2022 prophesied that the power that be in Nigeria will try to manipulate the election to favour a particular candidate from a particular tribe, but warned that Nigerians should pray against the repeat of 2019.He also prophesied that a top Government official in USA will loose a voice and that former US president Donald Trump’s voice will rise again, and as at today, former speaker of the US house of representatives Pelosy could not retain her seat
Core Reporters understand that his 2022 prophecy on a president of a country resigning from office has just come to passed barely three weeks into the new year, as the president of vietnam had resigned.When contacted by Core Reporters Prophet Mongba said another President of a country will again be under pressure to resign.

Lekki shootings: ‘we stand by our report-CNN replies FG