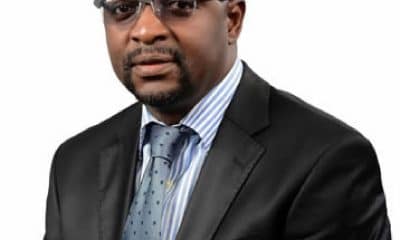 Core Reporters can authoritatively report that all is not well with the relationship between the Minister of Youth and Sports Development, Sunday Dare, the Caretaker Nigerian Basketball Federation (NBBF) committee President, Musa Kida and the D’Tigress (Nigerian female basketball team) currently in Japan for the Olympic Games and those who could not make the team.

We gathered that D’Tigress has asked the Minister to explain what happened to the alleged N2bn the Federal Government released to the ministry to settle the backlog of debts they owe to the basketball federation from pasts competitions since 2017.

D’Tigress also alleged that the Ministry has paid Musa Kida N840m and N740m respectively but they are yet to see anything.

However, the players from an informed source said, they asked Dare to explain to the whole Nigerians and their fans, why N73,118 (36, 000, 000) debts could not be cleared.

The message to Dare, reads, ”Please can you address the team and their fans how N73,118 (36, 000, 000) debts could not be fulfilled since the 2018 world cup about 1.6bn later. Why every one of you Ogas are doing photo ups and headlines with D’Tigress blood, sweat and tears? Monkey work Bamboo chop,”

“After receiving a copy of the document containing the breakdown of debts officially and on your phone, you were contrite and personally sent a message to the team in February’ 2021 preparation’s camp in Atlanta promising that these debts will be fulfilled, was all that a pretend to stop players from revolting?

“You are a leader and you should hold yourself accountable and federation to ensure transparency. Musa Kida is an investor/majority owner of AFA, the apparel company that you’ve contracted to dress our beloved Olympians, we support our own but is that not a conflict of interest?

“How convenient that PEAK the men’s team apparel and contracted sponsors with monetary incentives which NBBF has collected, conveniently ended up in Demurrage at Apapa Wharf? Now that it has been cleared with the assistance of the ministry, why are the goods in Musa Kida’s house and not in the federation’s warehouse? They queried.

Another Peace Corps Bill scale second reading in the Senate

APC to hold National Convention first half of 2021