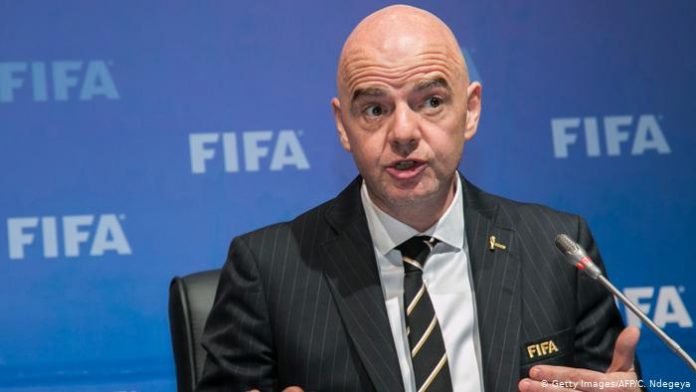 FIFA on Wednesday suspended the Pakistan Football Federation (PFF) with immediate effect due to third-party interference.

In a statement, the global body said that third-party inference was a serious violation of the FIFA statutes.

“This situation was prompted by the recent hostile takeover of the PFF headquarters in Lahore by a group of protestors and an alleged decision by certain individuals to remove the FIFA-appointed normalization committee of the PFF led by Haroon Malik and to hand over the leadership of the PFF to Syed Ashfaq Hussain Shah,” the statement said.

The suspension will only be lifted once FIFA has received confirmation from the normalization committee stating that its premises, accounts, administration and communication channels are again under its full control and it can continue to carry out its mandate without further hindrance.

Earlier, FIFA had issued a warning to the federation over the “illegitimate occupation of the PFF headquarters as well as the decision to take over the leadership from the normalization committee” appointed by the global body.

Recalled that FIFA had appointed the PFF normalisation committee in September 2019; almost four years after the controversial election of the PFF had thrown Pakistan football into turmoil. During that time, Pakistan was also suspended for a six-month period from October 2017 to March 2018 for a court-appointed administrator taking over the PFF headquarters from then-president Faisal Saleh Hayat.

Our educational policy driven by zeal to give back society-Gov. Sule...

The proposed Federal University of Education Isiokolo and why Ben Igbakpa...