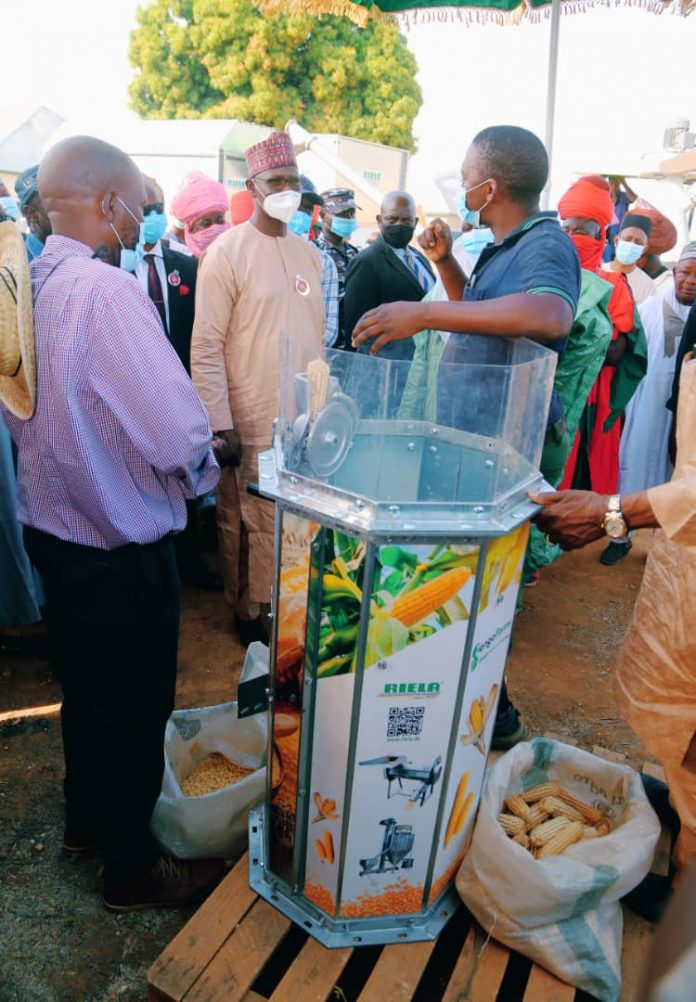 A post-harvest technology manufacturing company based in Germany, Reila, has identified Nasarawa State as the location for establishing an assembly plant in Nigeria.

Nasarawa State Governor, Engineer Abdullahi Sule, disclosed this shortly after a demonstration by the firm of its post-harvest implements at Shabu Farms, in Agwada Development Area, on Saturday.

Engineer Sule who couldn’t hide his excitement, showed appreciation to the Emir of Keffi,  HRH Dr. Shehu Usman Yamusa, for initiating the idea, as well as the first civilian governor of the state, Senator Abdullahi Adamu, for making his farm available to carry out the demonstration.

According to the Governor, the arrival of Reila will afford Nasarawa State the opportunity to carry out post-harvest operation, which will help farmers in the state cut losses incurred as a result of harvest.

“The biggest part, is the fact that the company has identified Nasarawa State as a place where they will set up their manufacturing site, where the assembly of agricultural implements will be carried out,” he stated.

Engineer Sule described the decision by the Germany based company, which in coming to Nigeria, identified Nasarawa State as its location, as a big push for his administration, considering the importance it attached to attracting investors to the state.

“This is really a big push for us. That’s why I selected today to come and see this demonstration myself, because both the Emir of Keffi, as well as our former governor, are attracting the kind of investment our administration is looking forward to, especially in agriculture,” he said.

The Governor further explained that his administration will also acquire some of the implements, to lease it out at a subsidized rate, to local farmers who may not afford the cost of buying the equipment.

“The intention is not for the Nasarawa State Government to make money out of it, but we will save our farmers from post-harvest losses. Once they are able to save such losses, we will be empowering our people economically,” Engineer Sule said.

Also speaking, representative of Reila in Nigeria, Abba Kyari Wujema, said the company which specializes in efficient grains management during harvest, discovered that over 30 percent of grains in Nigeria are lost after harvest, mostly because of poor post-harvest management.

According to Wujema, RIELA® deals with the development of plants for grain processing and is today one of the major suppliers of complete after-harvest-technology plants. Cleaning, drying, storage of assorted grain, maize, rice, oil fruits and legumes.