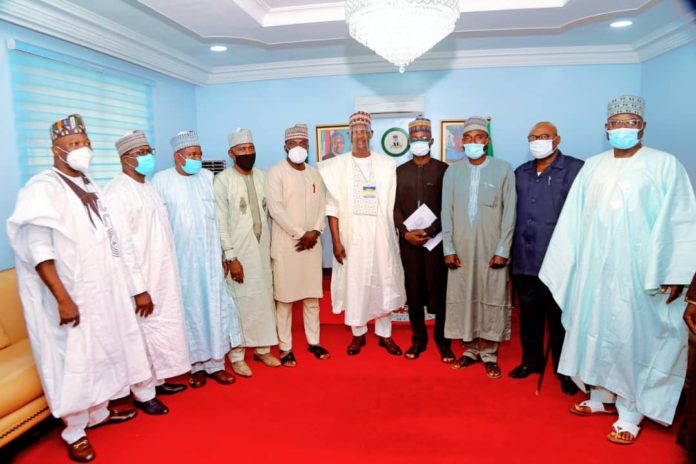 Nasarawa State Governor, Engineer Abdullahi Sule, said the thrust of his administration in the area of education, is to make youths in the state less dependent on government by making them self-reliant and employers of labour.

Engineer Sule made this known while playing host to members of the state chapter of the Nigerian Institute of Quantity Surveyors, at the Government House, on Monday.

The Governor said his administration has been pushing for youths in the state to become technicians, engineers, architects, quantity surveyors, medical doctors, in order for them to be independent, and be less dependent on government by becoming em oniiployers of labour.

“For that reason, the area where we are focusing is to see how we will develop people, especially in the area of education, for them to be independent,” he stated.

While commending the members of the institute for visiting the Mustapha Agwai Polytechnic, where they discovered certain inadequacies, Engineer Sule lamented that the prevailing decay across technical schools in the state is even worse than what obtains at the polytechnic

He disclosed that his administration has started putting some structures in place at the polytechnic, as well as engaging professionals and accreditation of technical courses, adding that these initiatives will take time to manifest.

Engineer Sule said  quantity surveyors have critical role to play in the development of the state,  especially in key policy thrust of the administration in areas such as industrialization,  infrastructure development,  education,  health, ICT,  as well as agriculture.

The Governor pointed out that, while his administration looks forward to the surveyors to contribute to the development of the state,  he said that explained part of the reason for estblishing the Nasarawa Bureau for Public Procurement, to ensure transparency and accountability.

On the request by the members of the institute for a plot of land to enable the NIQS build its secretariat,  Engineer Sule, directed them to liaise with the state Commissioner for Works, to enable government allocate them a piece of land.

Earlier, in an opening remarks,  state Chairman of the NIQS,  QS Wada Aliyu Abubakar, said the institute has 60 registered members in the state, with the mission of the institute to train and produce world class quantity surveyors, as well as regulate ethical standards for the profession.

He disclosed that as part of its yearly activities, the institute visited the Mustapha Agwai Polytechnic, where they observed that the department of Quantity Surveying lacks good number of permanent lecturers.

NHRC in search of solution to SGBV, receives over 900,000 petitions...