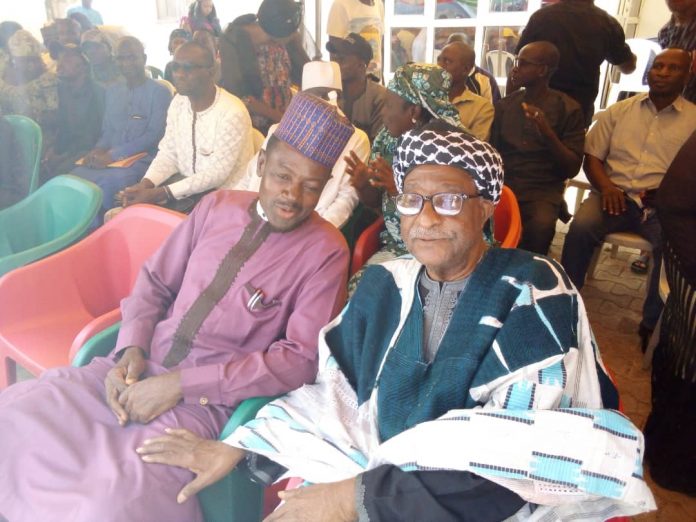 Against certain suspicion that saturated in some quarters that the opposition Peoples Democratic Party in Nasarawa State is in disarray,top notche stakeholders of the party converged in Karu Local Government Area of Nasarawa State to inaugurate a 50 man campaign committee.

The PDP chieftains,on Wednesday in their separate submissions vowed to take over power from the ruling All Progressive Congress APC by 2023.

The inauguration ceremony was at the instances of General Nuhu Angbazo,a governorship aspirant in the last gubernatorial primary of the party,senator Suleiman Asonye Adokwe ,Dr Mike Omiri ,the former Director General ,National Orientation Agency, Immediate past PDP Board of Trustee Chairman,senator Walid Jinrin.

The former PDP board of trustees chairman,in his address to the people of Karu,said what the APC is good at doing is causing division among Nigerians.

” I am not a believer or proponent of division and will not encourage anyone to embark of politics of religious and ethnic sentiments.

” We in PDP believe in one Nigeria,we don’t propagate same faith for any elective position.I believe in Muslim and Christian working together towards a achieving a greater Nigeria of our dream.I urged you all to ensure that come 2023,your votes from the president,governor senators down to the state assembly members goes to PDP.” Walid said.

On his part, the DG , Ombugadu campaign organization ,Mr Labaran Maku ,posited that the APC forcefully succeeded becoming at the top of affairs only to pay Nigerians with hunger as all aspect of the country is in comatoes.

He further call on the electorates to stand strong before ,during and after the election come next year in order to uproot the inhuman APC administration in the state and at the national level.

Also ,the Karu,Keffi and Kokona House of Representative candidate,Honourable Bulus Babawi,while expressing satisfaction with the newly elected campaign council urged them to ensure that they work hard and are committed to the party in order to deliver.

The governorship candidate, Honourable David Ombugadu,charged the campaign council to create more windows that can accommodate others .

He said come 2023, PDP will unseat the ruling APC from the state and as well as ensure that Vice president Atiku Abubakar is elected president of Nigeria.

Why the Power Ministry has continued to appeal to electricity consumers...

NASS Minority Caucus threatens to do the needful if urgent measures...