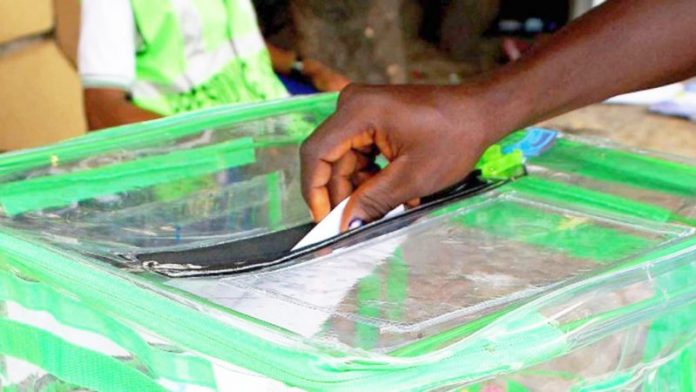 Nasarawa State Independent Electoral Commission (NASIEC) as part of activities leading to the scheduled local government election has met with members of the Inter-Party Advisory Council (IPAC) in the state.

The meeting held at the headquarters of the electoral body, along Shendam Road, Lafia, on Wednesday.

Chairman of the Nasarawa State Independent Electoral Commission, Barrister Ayuba Usman Wandai, disclosed that the commission is set to exercise its statutory responsibility of organizing, undertaking and supervising elections into local government councils, as specified by law.

To this end, Barrister Wandai announced that local government elections has been fixed for October 6, 2021, for both chairmanship and councillorship election, across all the 13 local government areas and 147 electoral wards.

“As partners in progress, we urge you therefore to handle this important task with a high degree of understanding. On our part, as usual, we assure of our maximum support believing that the Commission will have a good working relationship with you, during this period and beyond,” he stated.

The NASIEC Chairman used the opportunity of the meeting to outline some of the activities of the commission leading to the election in October to include, the notice of election detailing the dates for the conduct of elections, with the chairmanship and councillorship elections scheduled to hold on Wednesday, 6th October 2021.

Also, nomination forms are to be obtained between Thursday 22nd to Tuesday 27th July 2021, to be submitted at the NASIEC headquarters between Monday 2nd and Tuesday, August 3, 2021.

According to the commission’s schedule of activities, the political campaign has been lifted with the effect from Wednesday, July 7, 2021.

Responding, Nasarawa State IPAC chairman, Mr Cletus Ogah, thanked the NASIEC, for taking the decision to organize the local government election, which he said has been long-awaited.

Mr Ogah equally appreciated the commission, for involving all the political parties in its previous meetings, leading to the announcement of the election notice.

He assured the NASIEC of maximum support and cooperation from IPAC during and after the election.

Also speaking, Hon Francis Orogu, the state chairman of the Peoples Democratic Party (PDP), commended the NASIEC Chairman, for inspiring hope and assuring political parties, that for the first time, the commission will conduct a free, fair election.