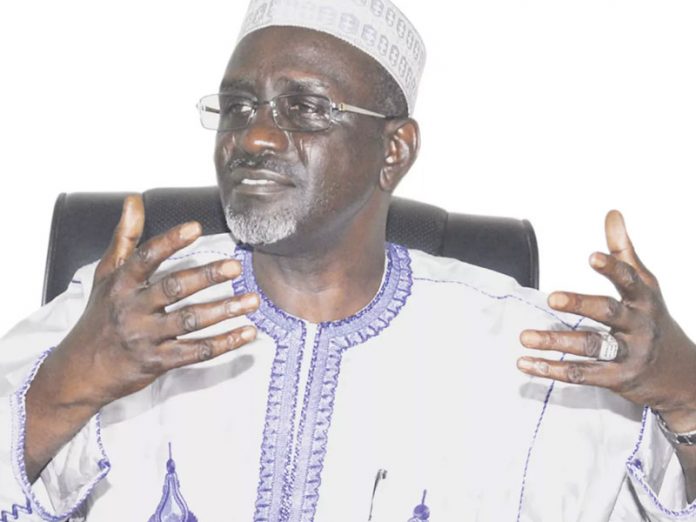 As Nigeria celebrates 60 years of Independence, the former governor of Kano State, Senator Ibrahim Shekarau has berated the present crop of Nigeria leaders for failure to key into the provision of social justice and adhering to the rule of laws which are indices of good governance.

Senator Shekarau representing Kano State Central Senatorial district at the National Assembly made the disclosure in an exclusive interview with the Corereporters.com.ng while comparing the past Nigeria leaders and the present ones and the missing links.

In terms of education between 1960 till date, we’ve had it off course sublime, but the growth in terms of the number of people who went to school are very encouraging because in the sixties you will count the number of secondary schools up till in the eighties, “for example when I had the privilege of leading the association of All Secondary School Principals in Nigeria in 1988-1992 and 1997 we were just about seven thousand (7,000) secondary schools in Nigeria. Kano was having a little more than 200. Now the story has change even in my time as the government for eight years I created about four hundred (400) new junior secondary schools in Kano and most of them are now senior secondary schools, you could see the growth in spite of the crowd of out of schools children which of course is as a result of population explosion.”

Shekarau identified some parameters that determine good governance in any government which include; Voice and Accountability, adding that a government that cares about it must be seen to connect with the people at every given opportunity.

The former minister of Education also identified effectiveness of government as a parameter to good governance when he accused some leaders of engaging in Elephant projects instead of tackling the needs of the masses. He wonders why the government should see physical infrastructure development as its priority when they are hungry in the land.

According to him, “Our government is carried away by physical infrastructure-forgetting issues of social justice and human development. These are indices of good governance.

“No matter how beautiful the roads are, no matter how bright your cities are with electricity and good environment without food for the masses, there is no democracy,” Sen. Shekarau stated.

The law maker furthered noted that the government has devoted more of its time in promulgating laws that are not translating to the well-being of its people, saying that what benefits are the policies and programs of the government if they are not channel to providing easy access to food for the masses.

According to him, Malam Aminu Kano once said, “if you don’t see democracy in your plate of food you are not independent. Also that any government’s policy or program that doesn’t translate to easy access to food is rubbish.”

Shekarau opined that the masses that constituted about 80-90 percent populations in Nigeria at 60 are hungry.

The ex-class room teacher who rose to become the chairman of Association of All Secondary School Principals in Nigeria date back  in 1988-1992  and 1997 who also identified regulatory control as one of the parameters of good governance asked satirically, of what relevant are the Nigeria rule of laws to the lives of the masses.

Finally, he identified control of corruption as one of the most important parameters of good governance. He said unless the government institutionalizes social justice, it is yet to start the fight against corruption, rather it is just paying lip service.

According to him, unless the security officers’ welfare becomes a priority to the government, a pensioner is adequately paid his/or her pension a month or two after service there is no way corruption can seize in Nigeria.

“I always say this, this is no way you will ask an inspector of police who is hungry, who is not sure of what to eat tomorrow to interrogate a man who has stolen billions of naira and he will not go there and negotiate for his/or her tomorrow’s food.

“Today pensioners have not been paid for over twelve or thirteen months pension, how do you boost the morale of those who are still in service to stay off corruption when they are not sure of their pensions.” He said.

However, Shekarau said that when he was in government within the first two years he made sure he cleared the backlog arrears of over twenty years, and in his quest to combat corruption headlong he strengthened the public complaint commission and established anti corruption agencies.

Shekarau ended by saying that what made the early leaders in the country not corrupt was the credible system, saying that during their days when you get a job you are sure of a good house, adequate and prompt salary, you are sure of continuous training; workshops and seminars, you are sure of mobility, health allowance and so on but today the story is no longer the same.