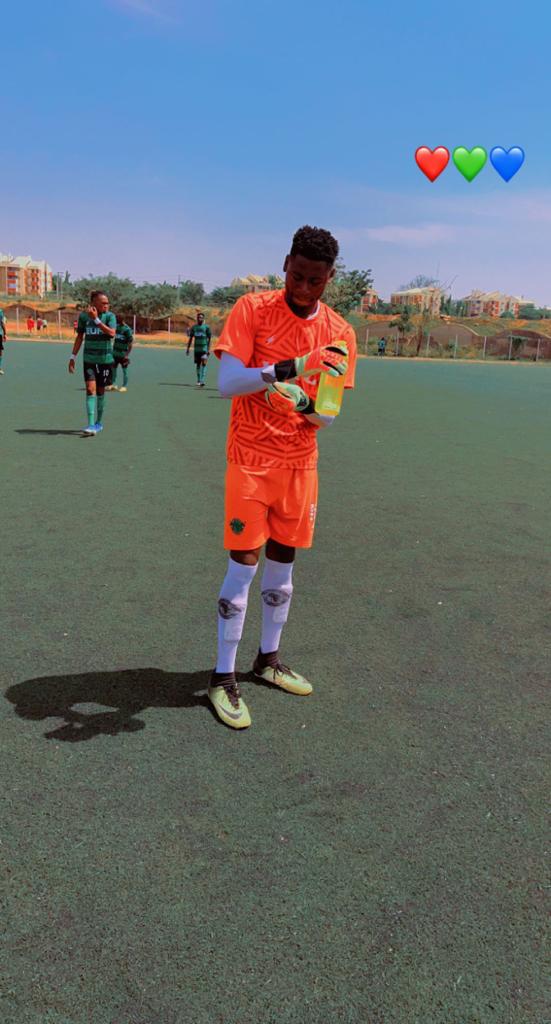 By Peace Ekpang
A 19-year-old Nigerian goalkeeper, Joseph Kelachukwu has signed a one year contract with CSM  Unirea Alba Lulia FC of Romania.
Kelachukwu, until his recent contract was the number one choice goalkeeper of Ejike Ugboaja FC of Abuja, Nigeria, a non league side.
In a chat with our reporter, Kelachukwu said he was happy that he is going to take his career to a professional level where he hope to come back one day to render his service to the nation.
However, he vowed to represent Nigeria well in his foreign club, while appreciating the management of CSM Unirea Alba Lulia for founding him to play for them and to the management Ejike Ugboaja FC for given him the opportunity to showcase his talent to the world.He said, “I am  ready to give my best to my new club as I prepare to join my teammates on Saturday over there in Romania. Just like my role model Vincent Enyeama, I will help my club to become the first to be reckon with in the league.”
In his reaction, the Chief Executive Officer (CEO) of  Ejike Ugboaja FC, Christopher Ejike Ugboaja said, the signing of Kelachukwu will open doors for others, adding that they’ve got good players in the club who can be the likes of Ronaldo, Messi, Okocha, Kanu and the rest of great players in the world.
He said, the objective of the club is to raise good players, send them abroad so that they will come back in future to serve their fathers’ land.
“I served Nigeria as a basketball player in all grade competitions, including Olympics, so what we are doing here is to train players who will come back to serve their father land just as I did,” he said
Meanwhile, Kelachukwu will depart Nigeria on Friday to join his team mates on Saturday in Romania.
Kelachukwu was on duty for Ejike Ugboaja FC on Wednesday in a pre-season warmed-up match against J One Academy where he made several saves in an encounter that ended 1-0 in favour of his club. The match off course was his final game in Nigeria.

2023: Gov. Bello set to declare for presidency, as Nigerians express...