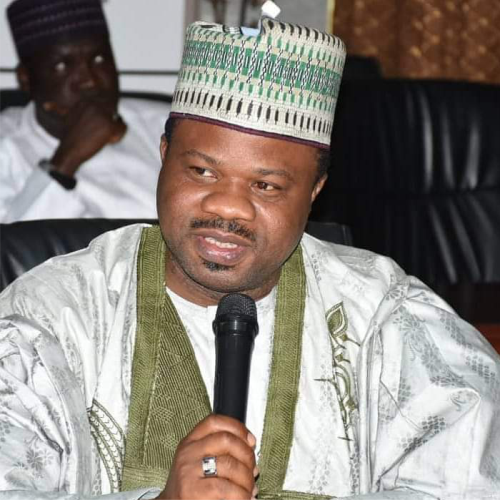 Attempts by This Day Regional Editor and outgoing National President of the Nigeria Union of Journalists (NUJ), Deacon Isiguzo Christopher Ikechukwu to procure a Higher Diploma certificate in journalism from the International Institute of Journalism (IIJ), Abuja, has hit the rocks.

Deacon Isiguzo is already having a legal issue and criminal investigation sessions with officials of the Independent Corrupt Practices and other related offences Commission (ICPC) over his National Diploma in Mass Communication certificate he claimed was awarded to him by The Federal Polytechnic, Oko, Anambra State in 1998.

The embattled This Day editor was also alleged to have claimed that he earned a Higher National Diploma (HND) from the same Federal Polytechnic, Oko, also in 1998, a claim disputed by his traducers.

Documents available to Corereporters.com.ng revealed that Deacon Isiguzo, who is the Visitor to IIJ by virtue of his position as the President of the Nigeria Union of Journalists was offered admission to study for a Higher Diploma (HD) certificate in Journalism on August 26, 2019.

Coincidentally, the embattled NUJ President transferred money into the accounts of IIJ to pay for the application form and brochure 21 months after he was offered admission. His admission letter titled: “2019/2020 Admission into Higher Diploma in Journalism” was signed by Afolabi Olusola.

The same day, through another transfer of N100,000.00 (One hundred thousand naira, only) Deacon Isiguso paid his tuition fee and was issued another payment receipt with number 04967. He, however, accepted the offer of admission on August 26, 2019.

A competent source at the journalism training school said Isiguzo’s plan initially was to get the admission letter in 2019 and compromise the leadership of the school into issuing him the Diploma certificate this year.

The plot was, however, leaked by a radical academic staff of the institute who felt the arrangement was too cheap and untidy. He reasoned that if the embattled outgoing NUJ President needed the certificate so badly, he should be prepared to attend classes, sit for examinations and earn the Diploma.

Although the embattled President in his official Curriculum Vitae printed on the Nigeria Union of Journalists, Office of The President wrote his full name as Isinguzo Ikechukwu Christopher, this was slightly different from what he filled in the application for admission form. In the form, filled in his own handwriting, he claimed he is Isiguzo Christopher Ikechkwu.

Efforts made to get comments from the embattled outgoing NUJ President proved abortive as he declined all calls made to his verified mobile number.

IED found in bag in Delhi