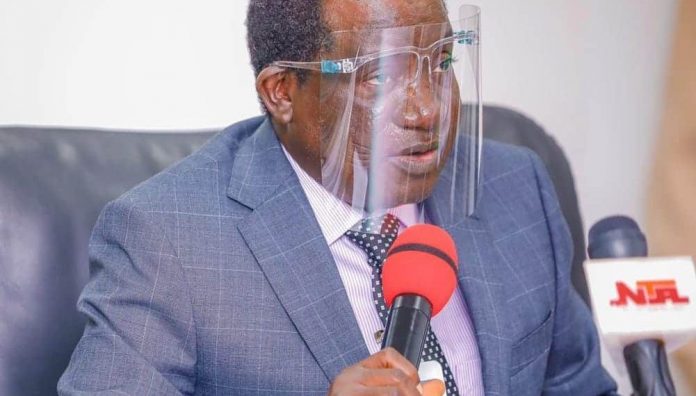 The governor of Plateau State, Simon Lalong has been reported tested positive for COVID-19 after a test carried on him and members of his family.

The governor’s Director of Press and Public, Makut Macham, confirmed the development in a statement in Jos on Thursday.

According to him, the governor’s test result returned positive while all members of his family tested negative.

According to the statement, Lalong who is asymptomatic has gone into isolation while his close aides are being tested, Macham added that the governor had equally directed his Deputy, Sonny Tyoden, to handle all state matters in his absence.

“As a result, the Governor will henceforth work from home during the period of treatment.

“All state matters requiring the Governor’s physical presence will be handled by the Deputy Governor.

“The Governor uses the opportunity to urge all citizens of Plateau State to observe all COVID-19 protocols as the pandemic is still prevalent.

“He advises citizens to apply all precautionary measures especially during the festive period by avoiding large gatherings, using facemasks, washing hands with soap and water and adhering to personal hygiene measures.”

Meanwhile, Lalong has joined the league of the governors who have also tested positive of the pandemic.

Hon. Jega reveals National Assembly is working together with Presidency, to enhance condition of IDPs, Refugees