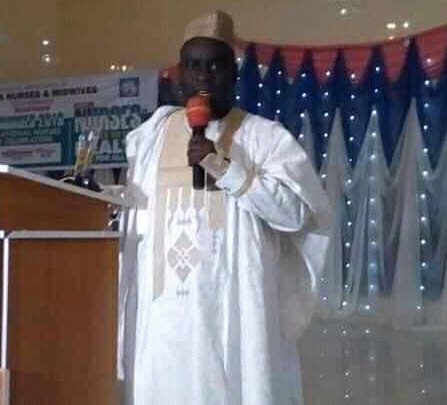 Professor Ishaya Pam has called on the representatives of the North Central states at the Nigeria Football Federation, Plateau State Football Association’s Chairman and the General Manager to be rest assure that they will be held liable if the club fail to emerge as the king of the Nigeria Professional Football League (NPFL).

During an interview with our reporter, Prof. Pam stressed that the quartet; Ahmed Yusuf Fresh (NFF), hon. Suleiman Kwande (NFF), Sunday Longbap and Pius Henwan both of Plateau United stand accused of dereliction to duty if the politics in LMC, NFF and NRA prevailed against the club emerging the king of NPFL at this crucial time in the counrty.

The professor of medicine turned activist was bullish in his thoughts that the quartet should oil their arsenals and return to the trenches for the final assault for the coveted trophy.

The former Chief medical director of  the Jos University Teaching Hospital (JUTH) was emphatic that the  soccer war is not over until it is over.

The ex-chairman of JUTH FC stressed that a lot of behind the scene scheming are ongoing to scuttle Plateau United opportunity to regain the NPFL trophy,

“On the contrary we are favourably disposed to counter attack soccer wise, If Plateau United are lured into any form of play off.

“Precedence has been laid when Lobi Stars of Makurdi were declared NPFL champions with 14 matches to end the season.

“Plateau United are leading the pact with five points clear with 13 matches remaining so if the league cannot continue due to the Covid-19 outbreak which has truncated the progress of the league, then Plateau United should be declare the winner.

“So, we shall hold or representatives accountable for any lapses heading to soccer promised land,” he cautioned.

You may wish to recall that both the NFF and LMC alongside their supervising ministry of youth and sports development are mulling the idea of a so-called super-6.

Furthered recalled that the Plateau United under the watch of Henwan lifted the soccer diadem in 2017 and are at the verge of being crown NPFL king again if the precedence set by Lobi Stars has anything to go by.

Eton apologises to first ever black pupil who was banned after...

We’ll remain focus in our quest for a better Nigeria-Senate President...

NWFL club owners warn Aisha Falode to stay off their...