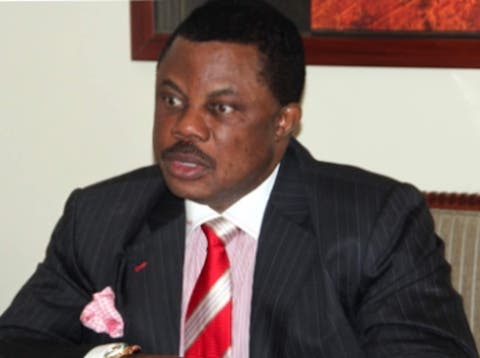 The recent drama going on in Anambra state football association’s elections between the Nigeria Football Federation (NFF) and the State FA has taken another twist as stakeholders in the state and across the country have fingered Gov. Willy Abiano as the brain behind the crisis, Corereporters report.

The election which was held on July 27, 2020 saw Sen Ifeanyi Ubah re-elected unopposed as the chairman of the FA but, since after the announcement of the result by the election committee, the NFF and the government of Anambra State are reportedly uncomfortable with the outcome of the election.

Earlier last week, the chairman of chairmen of the N FF, Ibrahim Gusau announced the cancellation of the said election on behalf of the NFF president, Amaju Pinnick and went ahead last week Thursday with the inauguration of a caretaker body to run football in Anambra State for the next three months.

Meanwhile, ahead of the election on July 27, 2020 which Ubah was re-elected, Gov. Obiano has threatened to arrest leaders of the state Football Association over plans to hold election in violation of Covid-19 safety protocols. But, he failed to do the same when Gusau gathered people in the same state to purportedly inaugurate them as caretakers committee.

Ugochukwu  Ifeanyi, a media consultant and a football stakeholder in Anambra state, in his reaction accused Gov . Obiano of being the brain behind the drama playing out in Anambra state FA. He said, “ Ndi Anambra had always known that Obiano’s nightmare and the only man he fears on this planet is Sen Ifeanyi Ubah ever since he delivered Obiano whilst in APGA, to disgracing him with YPP to become a Senator of the Federal Republic of Nigeria .”

According to him, “The NFF claimed the previous elections didn’t hold as a result of the statement made by the State Government, so why did the same NFF go ahead to constitute a body for the same State with the ban still in place?” he queried.

However, the former Nigeria Premier League (NPL) chairman and the second vice chairman of NFF, Victor Rumson Baribote in a telephone conversation said, whoever is behind the purported cancellation of the legally conducted Anambra FA election is an enemy of the state’s football and Nigeria in general.

“Football is a unifying factor in the country, so if anyone is responsible for the cancellation of the Anambra FA election, such a person is the enemy of the state and does not want the progress of the Anambra state in particular,” he said.

Corereporters  can report authoritatively that football stakeholders in the state have all thrown their weight behind Sen. Ubah and are bracing up against Gov. Obiano in case of any eventuality.